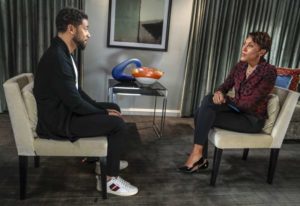 Robin Roberts is opening up about that now-infamous interview she conducted with “Empire” actor Jussie Smollett, indicating she was iffy on whether she wanted to conduct the interview in the first place.

“I’ll be completely honest, I was like I don’t know if I want to do the interview or not,” she said during The Cut’s “How I Get It Done” event, according to Page Six. “I said, ‘I don’t want to sit down with him if he’s going to lawyer up.’ And then I was told, ‘He wants to speak with you,’ [because] he was outraged by people making assumptions about whether it had happened or not.”