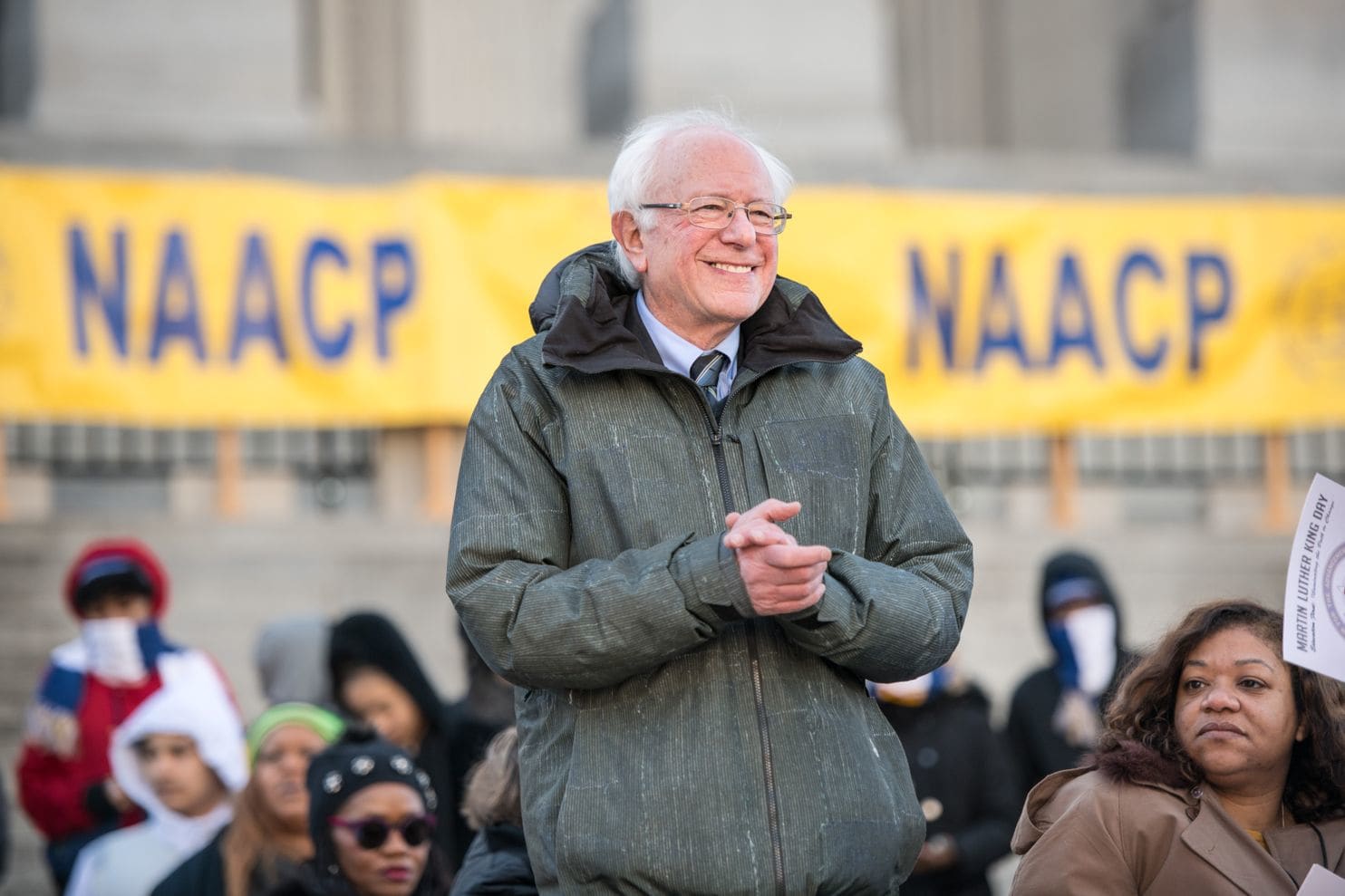 U.S. Senator Bernie Sanders claps during a Martin Luther King Jr. Day event on January 21 in Columbia, South Carolina. Sanders, who is an independent, announced Tuesday that he would seek the Democratic Party’s nomination for president. (Sean Rayford/Getty Images)

Senator Bernie Sanders, whose 2016 presidential campaign reshaped Democratic politics, announced Tuesday that he is running for president in 2020.

“Our campaign is not only about defeating Donald Trump,” the 77-year-old said in an email to supporters. “Our campaign is about transforming our country and creating a government based on the principles of economic, social, racial and environmental justice.”

Sanders, who was elected to Congress as an independent, embraces such liberal proposals as health care for everyone and free college tuition. He stunned the Democratic establishment in 2016 with his spirited challenge to Hillary Clinton. While she became the party’s nominee, his campaign helped lay the groundwork for the issues that are dominating Democratic politics in the Trump era. He won more than 13 million votes in 2016 and dozens of primaries and caucuses.

Sanders described his new White House bid as a “continuation of what we did in 2016,” noting that policies he pushed for then are now embraced by the Democratic Party.

The question now for the Vermont senator is whether he can stand out in a crowded field of Democratic presidential candidates. Senators Kamala D. Harris, Cory Booker, and Amy Klobuchar are some of those who have announced their bid for president in 2020. There are a number of high-profile Democrats still considering presidential bids, including former vice president Joe Biden and Beto O’Rourke, a former representative from Texas.

Sanders could be well positioned to compete in the nation’s first primary in neighboring New Hampshire, which he won by 22 points in 2016. But he won’t have the state to himself.

Harris, who’s from of California, was in New Hampshire on Monday and said she would compete for the state. She also appeared to take a dig at Sanders.

“The people of New Hampshire will tell me what’s required to compete in New Hampshire,” she told shoppers at a bookstore in Concord. “But I will tell you I’m not a democratic socialist.”

Another big question surrounding Sanders’s candidacy is how he will compete against Senator Elizabeth Warren, who shares many of his policy goals. Warren has already launched her campaign for president.

“You know what’s happened in over three years?” he asked supporters. “All of these ideas and many more are now part of the political mainstream.”

Sanders’s campaign raised $1 million in a little more than three hours on Tuesday morning, according to a person familiar with the campaign.